Ever been bored and curious at the same time? What do you end up doing? Me, I find recreational activities in places that I will normally avoid at all costs. Like, say, dating sites.

After a lot of back and forth, Google suggested Tinder was to be avoided at all costs. All the articles had crazy weird stuff to say about Tinder amid hilarious and jaw-dropping.

First, I joined Mingle2 and I was paired up with guys who looked like life had them on their balls and weed was bae. After a day of perusal, and sleazy messages, I hopped out as quickly as I could, feeling relieved.

The next one was a Christian site-Christian Dating For Free. I figured here I would meet decent men of God, guys who were driven with more than their loins; they did not disappoint. No one leered at me. I met some who wanted to meet for coffee- I read somewhere that is like a code for sex or something? Others wanted to intro me to their churches. They were cool really, in that way if I was looking for something serious, I would invest in the site’s premium with the hopes of nuptials as the end game. And since it was out of curiosity and not in a bid to be wifed, I jumped ship after three days or so.

By then I had joined another site, Badoo, and it had lots of options- and by options, I mean men from different races, backgrounds, and countries. It was overflowing. This came with its own complexities: I met decent few men, sex-starved men, weirdoes who enjoyed the darker side of sex and wanted me to join in on the fun without bothering to explain to me the fundamentals of it at all. Then there were the businessmen who were looking for escort services- apparently, Kenyan girls love sex and are fun in bed.

The curious part is most of these men didn’t want to get to know the basics about me. They just jumped right into their agendas after just greetings: “Hey, beautiful, want to see my penis? I can make you scream.” “Hey sexy, I want to get all naughty with you.” “Hey, are you available for drinks and then after some sex?” Some even decided to video call me without even asking first! What happened to finesse?

I know we live in a world where with just a swipe of a finger, a man gets to choose from a bevy of beauties. This, in turn, has made many men shove down manners and common decency down the drainage and treat women horribly.

Truth: no woman wants dick pics plastered on her phone without giving consent. No woman wants to feel all she is good for is just sex. Nor does any woman want to start a conversation and after a few seconds, it’s all about sex.

Sure, that could be the end game. Nevertheless, as a man, can you at least put effort? Treat her like a cognitive human with emotions and not sexualize her as part of your greetings.

Men try not to shove your motive down strange women throats before understanding what the woman you’ve swiped and liked agenda is on that site. Get to know the basics about her. She might be looking for what you are after and you can be obnoxious, as you want with each other. In the meantime, let’s try to make this hookup and dating sites as safe and fun for each other by practicing common decency and understanding!

In the meantime, “women have to be careful when it comes to online dating. They need to understand those who want nude photos and scammers surpass the men who are decent and are looking for something legit. They should not avoid red flags because of desperation or they may end up taken advantage of by men who are not worth the effort. The waiting alone for those who are genuinely looking for someone they can connect with can be daunting and depressing because you will keep wondering if you will find someone,” Maryann, a long time online dater, cautions.

Coronavirus: Here’s How To Clean Your Phone Properly 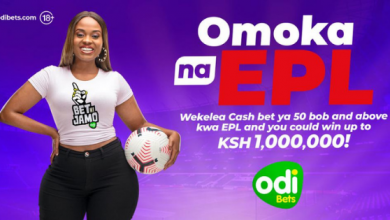