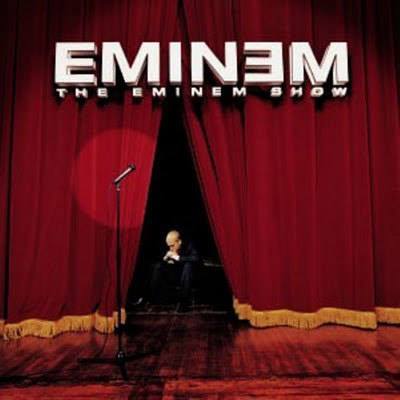 By 2002, Eminem was a full-blown superstar. Although he became a part of pop culture’s psyche, he remained as insular as ever on this album, dealing with familiar issues; fame, family, and race. While his first two albums focused on turning the mirror on America-which he did, admittedly, do here with an inescapable post-9/11 outlook-this was in many ways Eminem’s most personal album. He put a lot of the shock and humor aside and took a serious look at how he’d gotten to where he was (“Cleaning Out My Closet,” “White America”) and what it all meant (“‘Till I Collapse,” “Sing For The Moment”).
Another hallmark of The Eminem Show is the beats. Produced largely by Em himself (with small assists from longtime collaborator Jeff Bass), the album found Em rapping over some of the most high-octane work of his career, and sounding comfortable as ever on his own beats. Even when Em wasn’t behind the boards, on records like “Square Dance,” he was pushing mentor Dr. Dre into new and unfamiliar territory. With his third massive album in a row, followed by an hugely successfully biopic and soundtrack later that year, Eminem cemented his place as one of the most important figures in rap history on The Eminem Show.
2. NAS:THE LOST TAPES 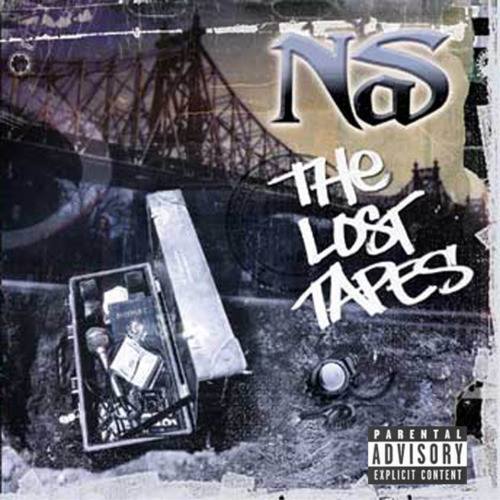 Too often, Nas albums get lambasted for either being bloated or littered with questionable production. So when The Lost Tapes-a collection of I Am… and Stillmatic leftovers—arrived in 2002 with a mere 11 tracks and choice beats from Alchemist, L.E.S., and others, fans and critics alike were excited. Sure enough, Nas delivered, and then some.
3. 50 CENT: GET RICH OR DIE TRYIN` 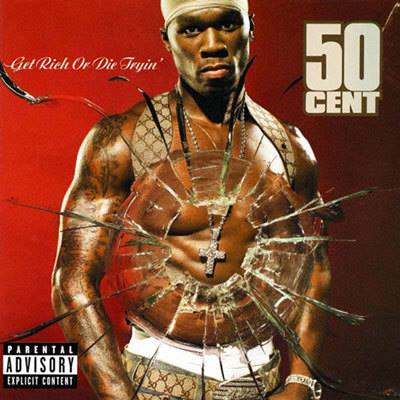 .
Get Rich or Die Tryin’ wasn’t just the most anticipated debut record since Doggystyle, it was also a major milestone in pop culture, breaking one of hip-hop’s biggest stars, living up to the expectations, and transcending boundaries to become a truly climactic crossover moment for the genre.
The record managed to balance it all: There was its hero’s mythos and the backstory that rendered him a kind of hip-hop superhero. There was the flawless production, thanks in part to legendary guiding light Dr. Dre. It was hip-hop without apology, helping to define the parameters of the genre and its widescreen, blockbuster largess.
It’s nearly impossible, it seems, for artists to debut with this level of success anymore in a disintegrating industry; for that reason, Get Rich or Die Tryin’ also represented the high water mark of hip-hop’s domination of mainstream America.
4. JAY Z:THE BLACK ALBUM 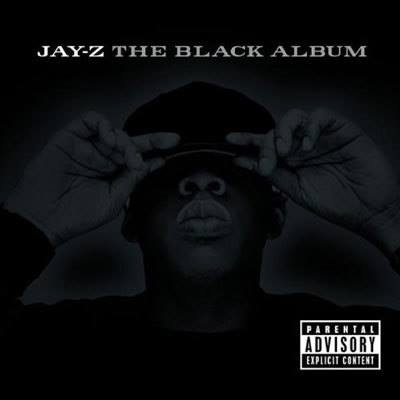 The Black Album positioned itself to be a classic album well before it was even released. Originally planned as 12 songs with production from 12 different legendary producers, that approach wouldn’t stick (collaborations with artists like Dr. Dre and DJ Premier never happened), but the ardent nature of the recording did. The Black Album was to remain Jay-Z’s last album before he retired from making music.
We know that Hov’s retirement didn’t last, but at the time, the gesture seemed sincere, and it added to the embellishment of the album, and with good reason—The Black Album is fantastic.
5.COLLEGE DROPOUT 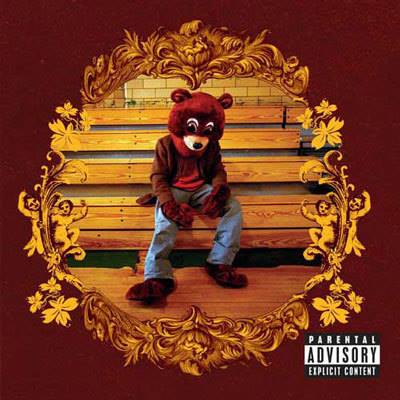 With the right narrative, anything is possible, and on Kanye West’s debut, one of the most enduring stories catapulted a barely-known beatmaker from soundtracking Jay-Z LPs to becoming an international superstar and one of the rap’s heroes. Kanye wasn’t anyone’s idea of a major rapper when he first emerged; he didn’t have dexterous lyrical skills required of the underground, but a consummate self-confidence reminiscent of gangster rap’s biggest personalities that made up for it.
He transformed his self-awareness (and a potent sense of humor) intro strengths, humanizing himself on tracks that looked to his humble beginnings (“Spaceship”) and personal hardships (“Through the Wire”) in order to paint a picture of an artist with a singular perspective. Not only did it jumpstart a career of one of the art form’s most significant artists, but it cleared a lane for so many others as well.
6.THE DOCUMENTARY 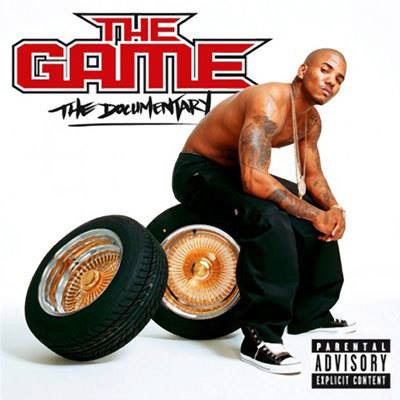 The Game has consistently exceeded expectations, and never was this more true than on his debut. Of course, he had an assist from 50 Cent at the height of his songwriting talents; cocky as ever, the 50 gifted some of his strongest work to The Documentary, from his rare moment of vulnerability (“Hate It or Love It”) to one of the truest Dr. Dre club bangers (“How We Do”).
It wasn’t all 50’s generosity that made the album a smash, though. The bottomless pockets of Aftermath probably had a hand, gifting The Game some of the era’s best production, including everyone from Timbaland to Kanye. It also helped that The Game was one of hip-hop’s more interesting characters and one of the West Coast’s only major players to emerge in the last decade of hip-hop.
7.THUG MOTIVATION 101 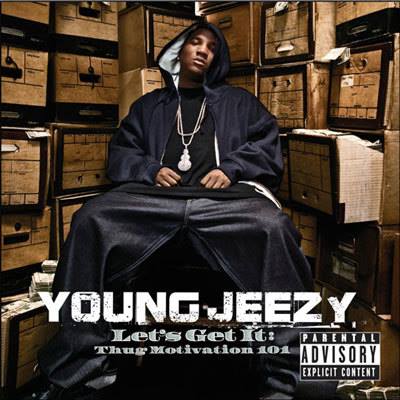 If the early 2000s marked the emergence of Atlanta as one of, if not the most important, scenes in hip-hop, Thug Motivation 101 was its apotheosis—the moment when all of the energy on the streets and in clubs, the apocalyptic production of Shawty Redd and Drumma Boy, the totalizing rasp of Jeezy’s voice became a region and generation’s defining sound.
By the mid-2000s, the club-friendly Lil Jon bangers had given way to something more dilapidated, harsher. The trap house aesthetic pioneered on Jeezy’s Trap or Die mixtape and this album sent shock waves throughout the South, reorienting everything to orbit around its totalitarian vision.
8.GRADUATION 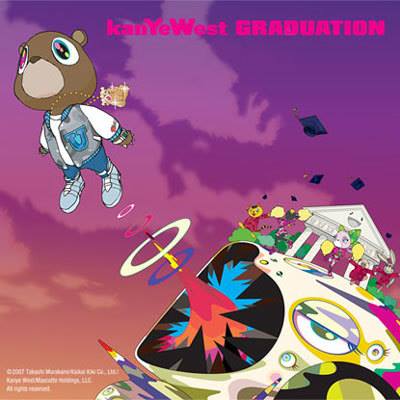 This was the first signal that showed Kanye West was more than a comic rapper with a gift for digging in the crates. It was the beginnings of his first major steps towards true auteur status, the moment of maturation that indicated there was a lot more to him than first met the eye.
He became increasingly ambitious, embracing more ambitious sonics (“Flashing Lights”), mastering pop songcraft (“Champion”) and pushing the limits of his audience (“Can’t Tell Me Nothing”). Kanye may have been concerned that he was moving too quickly at bridging audiences, leaving behind his core in the interests of crossing over, but now, in the wake of the cross-genre experimentalism of 808s & Heartbreak and the extravagant glossiness of My Beautiful Dark Twisted Fantasy, the idea seems quaint. Graduation‘s longevity proves the risks were worth it.
9.THE CARTER III. 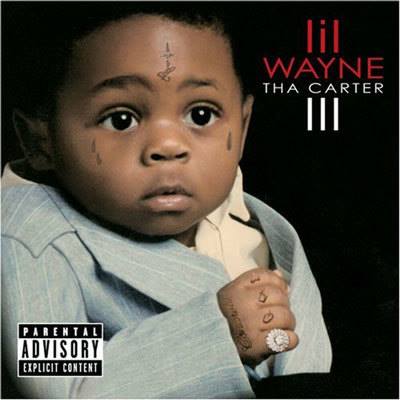 Hip-hop fans are torn over Tha Carter III. To some, it’s the culmination of Lil Wayne’s near-flawless run for a few years in the Aughts, and the million first-week copies sold are proof that it’s Weezy’s most essential release. To others, Tha Carter III represents the moment that Wayne became an oversaturated shell of his former self, and would rather reserve the highest praise for his mixtapes and the first two albums in the Carter series.
Listeners who stand on the latter side of the argument have their points. “Money On My Mind” and “Hustler Muzik” are on par with, if not better than, anything on Tha Carter III. But there’s still something to be said for making a perfect pop album when the pressure is on, and Lil Wayne did that on this album.
Tha Carter III is a “classic” or “perfect” in the way that Get Rich or Die Tryin’ is. Both are certainly great albums, but those designations aren’t even entirely qualitative. Timing, anticipation, and atmosphere play such a huge role in how albums are received upon release and over the course of history, and that’s something that shouldn’t be forgotten when critiquing Tha Carter III.]
10. DEEPER THAN RAP 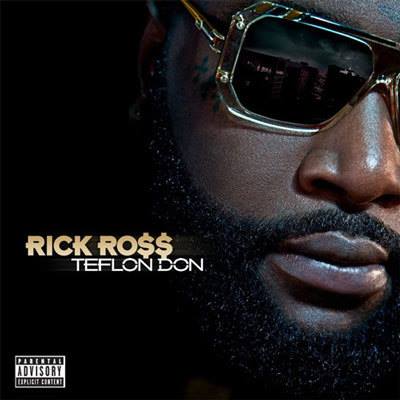 This may have saved Rick Ross’ career by proving that he was a quality rapper who could make a real body of work, but it was 2010’s Teflon Don that saw him finally elevate to actual bawse status. His technical prowess and confidence weaved through and reached their peaks on hits like “B.M.F. (Blowin’ Money Fast)” and “Live Fast, Die Young.” He bared his soul on cuts like “Tears of Joy,” and he also found himself excelling on R&B flavored cuts like “Aston Martin Music.”
The growth that began on his previous effort came full circle on here; his flow went from a sluggish stream to an epic growl, his boasts went from flashy to luxurious, and his ear for beats went from riding trends to setting them. This is when Rick Ross became everything for which he’s now known.
11. WATCH THE THRONE
The expectations were extremely high when Jay-Z and Kanye West announced they were dropping their collaborative album, Watch The Throne. And they delivered. Hov and ‘Ye traded bars effortlessly on “Otis,” unloading their super-swag over a perfect Otis Redding chop, and gave us the banger of 2011 with the Hit-Boy produced “Ni**as In Paris,” a song so infectious that they started performing it literally a dozen times back-to-back during their tour gigs, with no complaints.
But Watch The Throne was more than just a couple of hit radio songs made by the two biggest rap stars on the planet. It was a new level of greatness, with production that pushed the envelope, and songwriting that tackled issues ranging from fatherhood to genocide. And with RZA, Pharrell, No I.D., Q-Tip, and Yeezy himself all playing their parts in the lab, it’s hard to fail. Watch The Throne is nothing but king shit, from top to bottom.
12. GOOD KID, m.A.A.d CITY 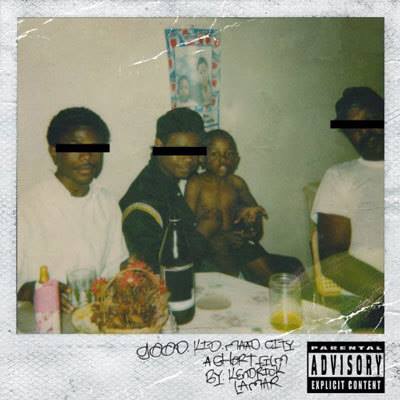 What more is there to say about this record—one of the most-discussed hip-hop LPs in recent memory? It’s an unusual record, self-critical, self-conscious, thoughtful, nuanced—and those aren’t even the reasons it’s become one of the most impressive records of the decade.
While many are enamored of the album’s subtle charms, what makes it truly work is its interest in truth above trends, its fascination with genuinely complex, difficult problems, and its unwillingness to reach for easy answers. It’s also a musically accomplished work, something that isn’t just admired, but is enjoyed.
14. FLOCKAVELI 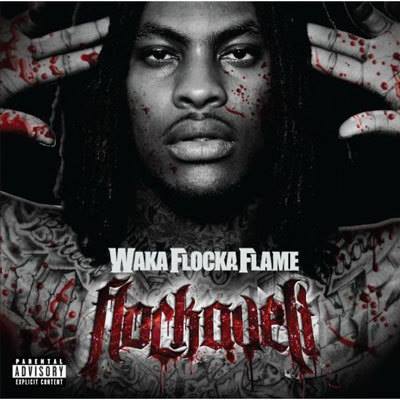 What Marriage Should Mean to You

The perfect jobs for travel enthusiasts