Chimamanda Adichie, a Nigerian writer in a modified version of a  talk delivered on December 12 on TEDxEuston, a yearly conference focused on Africa with the sole purpose of challenging and inspiring Africans and friends of Africa, argued well on why we should all be feminists.

Being a feminist is not about being a female or male. It’s not about looking at one gender and glorifying it over the other. It is simply looking at an individual and recognizing them for their capabilities and abilities without distinguishing them with gender. It’s about equality for both sexes in social,  political, and economic arenas. It’s about handing the same ball or mettle to players who qualify without distinguishing.

Many times I have been called a feminist. I have been told indirectly that If I do not change my way of thinking, I would probably end up alone. Heads have been shaken in abject misery in my direction. And some men, have walked away because they could not get what I was all about. But to me, I was simply fighting for me, a woman.

I have always had problems with men or women telling me that I should do this and that because I am a woman. That I should act like this and that because I am a woman. Says who? And why should I? You see the culture we live in glorifies men over women any day. They laden women with pressure to be a certain way or act in a certain manner in order to be acceptable to the opposite sex. And If you act differently from the social norms, you are abnormal. But how true is this? Or are we just too blind to see that we are cuff-linked and stigmatized by double standards that the society and our culture upholds?

A woman who is perceived as  feminist is viewed as scum or a parody of sorts: a man hater, gay, unmarriageable, man beater, a man in woman’s clothing among other negative things. What the society mostly does not want to recognize is the fact that, a feminist is her authentic self. She does not hide behind what is expected of her. She does not let herself be fitted in a specific box or let herself be governed by societal expectations. She sees herself as an equal and demands to be treated as such. What is wrong with that? What is wrong with wanting to be given the same opportunities without gender being on the table? What is wrong with wanting to be viewed and praised for one’s capabilities or abilities rather than the gender represented?

I conquer with Chimamanda on her ideology, we should all be feminists. This is not because I am female but because I believe in equality. I believe in the idea of capabilities and abilities over gender. I believe in being seen for my authentic self and respected for it rather than my gender. And because we all deserve to be respected, appreciated and given the same treatment as the other as equality demands, excluding gender.

Read>>Marriage Is Not for Everyone: Not everyone wants to get married 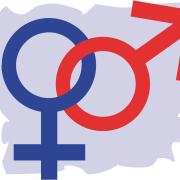 Florence Kimuyu is a lover of literature and anything artistry. She fancies herself as a sapio who has a penchant for the crazy, fun things in life with a twist for the morbid and fascinating dilemmas of life. Aside from that, she is also convinced, the only way to fight social and cultural stigmatization and backward thinking is yanking the horn where it hurts the most (in this case, where it matters) The Nevers, “HBO’s next great fantasy series”, debuts on Showmax